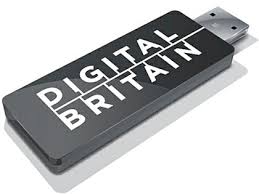 In an effort to curb illegal downloads of movies, music, and even e-books, a new control on Internet piracy has been approved by the UK government which will take effect in the early part of 2014.Â  This control is part of the Digital Economy Act of 2010 which in effect states that families who are suspected of making illegal downloads are treated as guilty until proven innocent.Â  This is a complete turn around from what people have been accustomed to when a suspect is considered innocent until proven guilty.

Suspects will come to know of their cases when they receive warning letters to the effect that they are supposed to be sharing copyrighted materials online.Â  What is particularly difficult in this particular situation is that a suspect individual or family has to pay Â£ 20 to be given a chance for appeal to prove their innocence.Â  Three or more unchallenged letters in a given year give entertainment companies the right to inquire the details of the alleged share made and subsequently apply to get a court order so that the name and address of the people concerned are revealed.Â  Formal court actions can take place once these information are available.

There are certain concerns that have been raised with regards to this issue.Â  First and foremost is the fee that has to be paid first in order to contest the charge.Â  Certain sectors are anticipating the possibility that many will not be able to appeal because of the cost involved thereby making it more probable that more people will be seeing action in court.

Internet service providers or ISPs will be in charge of sending out the warning letters.Â  The â€œoffendedâ€ companies will be able to require pertinent information from the ISPs through a court order.Â  There remains a question however of the effectiveness of this action for the purpose of stopping illegal download.